Group 5: More of the Same 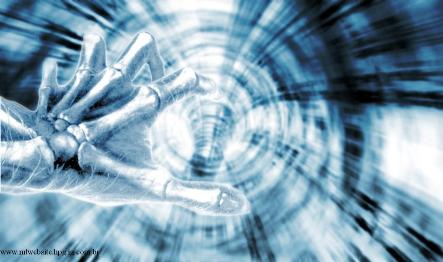 More of the Same

Under the umbrella theme of "The Future of the Internet in 2015", the scenario dealt with here is labelled "More of the Same". This refers to the possible scenario that the Internet does not have the huge impact that some predict, and will not roar through our society and revolutionise our personal and professional lives. In retrospect, it seems that the Internet complemented rather than replaced other types of media, and that it complemented existing patterns of behaviour rather than changing them fundamentally. Utopian warnings of how technological capabilities would revolutionise our world had to stand aside and make way for more nuanced opinions of how the Internet as another media per se is merely an added medium to the existing collection and how the use of the Internet adapts to our current patterns of behaviour rather than altering them radically.

This is not the implication that "nothing happens", but rather to indicate that the large implications and the changes will not occur within the predicted speed and more importantly not during this rather short horizon of 10 years; the development will be delayed due to a line of factors and much of what we can predict in present time will continue to develop and either amplify and reduce its importance during these ten years. How the forces are interlinked is described from an overall level in the System Diagram and the expected developments and the driving forces behind are further analysed, explained and described though the categories mentioned below. 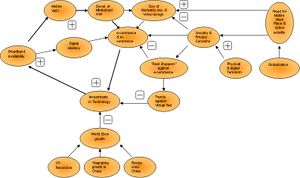