What is "Real Net" 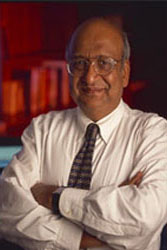 The third scenario that is discussed in this scenario set of the “Future of the Internet in 2015” is called the “Real Net”. Characteristic for this specific scenario is that in the next 10 years the Internet continues to transform society in a dramatic way. This transformation will not only take place in the mental domain, but it will also be integrated into the physical space. One will sense it like having “been there”. Finally, the Internet in the “Real Net” will remain as a unified standard.

Crucial in the Real Net scenario is an Internet that is build around a technology that makes it possible to experience all human senses. The Indian pioneer in multimedia information systems, Dr. Ramesh Jain describes this phenomenon as “Real Reality”. He argues that digital experience creates Real Reality opposed to the more recognised “Virtual Reality”. Real Reality means that the user can experience events and actually interact with the real environment using his/her touch, taste, smell, sight and sound. This is different from Virtual Reality in a way that it allows a person to explore the real world, and someone thus becomes a participant in this world, instead of navigating through an artificial modelled world.