The medium creates the message.

“The medium is the message.” Marshall McLuhan said 40 years ago. The media has varied across the ages, starting from Verbal/Oral media, then Literal media, and to Electrical media such as TV and radio. In the 21st century, there more Electrical media compared to McLuhan’s era such as Internet and mobile phone media. In this essay, I would like to explore what changes expected by these Electrical media in the information society in the next ten years by applying McLuhan theory.

In the next ten years, media would create/develop its message/contets (Information) by itself. In other words, information grows organically and self-sustainingly while people might lose control in the process of information creation. The reason why this change would be expected can be analyzed by using McLuhan therory to Electrical media.

Although definition of Media by McLuhan is sometimes criticized since it would be bague or too broaden, it could be defined as a way or form of communicating information among people. Once people creates information, information can be stored and transmitted by media. 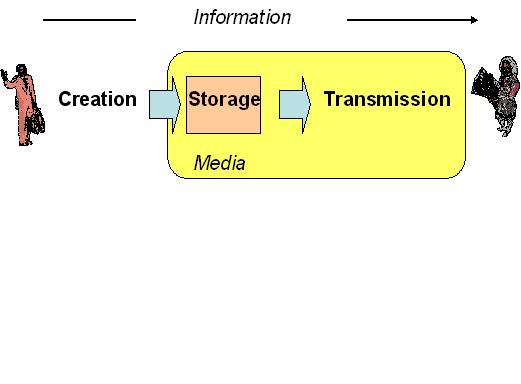 Among media, electrical media such as Internet and mobile media would be analyzed by McLuhan theory as follows. 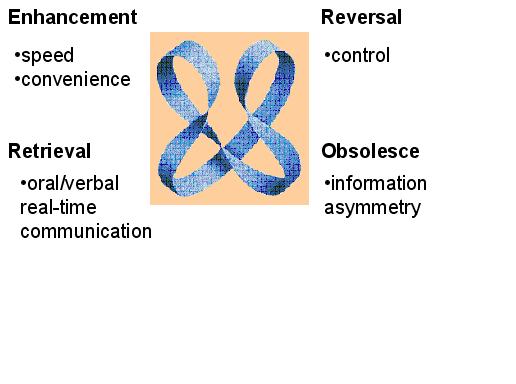 Enhancement: Electrical media can reduce the time to acquire information and increase number of access toward information which results in convenience.

Retrieval: Since Internet and mobile phone allows people in the distance to communicate each other in real time, they can connect people virtually which results in retrieval of oral real time communication.

Obsolesce: Information can be spread soon and widely, it obsolece information asymmetry compared to current situation.

Reversal: Ironically, electrical media may deprive certain people of control of information since information would be spread to many people in the media rapidly and be transmitted from person to person, then nobody can control its proliferation.

-Electrical Media and People in the future-

As a result, people cannot control information by using media like before, but people would have to join the media as participants of the process of creation, storage and transmission of information.

“The medium creates the message.”

As a contrary to current relationship between media and people in which people hold a control of creation, storage and transmission of information, in the next ten years media itself would create, store and transmitt information supported by participants as if media itself is a living organism. This is caused by adaption of electric technology as media which is drawn as a McLuhan’s Elements of the tetrad model. In this situation, nobody would know what would be a result of creation, storage and trasmission of information even though everybody is involoved in the process. This process would be a next genereation of human beings or be a new brain of human beings over one’s own brain capacity.