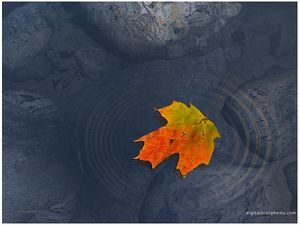 A critical question to be answered by the scenarios created in our project is whether we will know when they have been realised. In other words, what signs will tip us off to their actualisation. Answering these questions must be framed in the logic of the systems diagram, and we will present several examples that would indicate whether the Internet is in fact evolving in the future in the ways we predict they might in our scenarios.

First, we must ask the question whether the Internet will continue to transform society? If nothing radical changes in the next ten years – the timeframe chosen for our scenarios – then we will assume the “More of the Same” scenario has in fact been realised. However, what if nothing changes in seven years? Will that also be a strong indicator that the “More of the Same” scenario is in fact being realised? We argue that looking for indicators at seven years and then again at ten years are the right timeframes for measuring signs. In other words, if nothing changes in seven years then we will be satisfied that nothing radical will change in ten years either.

A sign indicating that the Internet is continuing to transform society is if it continues to evolve at a radical pace. Moore’s Law, which states that the computing power of a chip doubles every 18 months while its size halves, has proven true for decades. Metcalfe's Law which states that the value of a network increases by its square with every node added, is a bit more difficult to measure and observe than Moore’s Law. However, as the Internet continues to gain momentum from both social and technological aspects, we can assume that Metcalfe's Law continues to be valid. For example, the rapid adoption of 3G mobile telephony in the coming few years and the subsequent take-up of 4G thereafter would indicate that Metcalfe's Law is valid. If both Moore’s Law and Metcalfe’s Law sustain for the next ten years, then we can assume that the transformation powers of the Internet will be sustained as well.

The next question begs whether the changes in society brought forth by the Internet will be paid much attention, or if the Internet will simply fade into the background similar to how television became a standard within a decade after its invention? In other words, the changes will be integrated into the physical space and the world will evolve toward a “Virtual Society”. A sign that may indicate if the Internet is fading into the physical space is if it is mentioned far less in popular media, and if fewer books, lectures and courses focus on its powers.

Likewise, if the Internet continues to gain increasing media attention (or the same amount as now) then the next question to ask is whether the Internet will remain as a unifying standard? One of the Internet’s powers has been its ability to democratise society, such as giving a voice to minority political interests and enabling what globalisation expert Thomas Friedman calls “super-empowered individuals”. So far, the Internet has brought people closer together because of its ability to flatten the conventional hierarchy of societies.

If the government of China, for example, deregulates its oversight over Internet content, this would be a sign that the ‘flattening’ trend is continuing. Other signs that we are moving toward a more “Real Net” would be if the Linux operating system gains more market share than Microsoft Windows. Finally, if web services – or pre-packaged plug and play software applications that can be downloaded and upgraded from the Internet rather than purchased physically – becomes the norm, then this will be another sign that the Real Net has become realised.

The ‘flattening’ trend may not continue, however, as we might reach a tipping point where the democratising effects of the Internet may reverse. For example, if terrorists continue to use the Internet for plotting attacks then government censorship of content may become necessary in the future – which would limit access and expression. Also, if poorer nations, such as in Latin America, cannot afford new technologies then they may fall behind the rest of the world. In this scenario, the Internet becomes a divider rather than a unifier and sends societies in “Separate Directions”.

In summary, it will be important to track certain critical signs for understanding which scenario will be the most relevant in the next ten years. Some examples provided here include the continuation of Moore’s Law, and Metcalfe’s Law, the Chinese government’s policy on Internet content, the adoption rate of Linux and web services, and the access of poorer nations such as in Latin America. Of course, it is possible that elements of all four scenarios we have outlined – More of the Same, Virtual Society, Real Net, and Separate Directions -- will become actualised in the next ten years.

Click here to return to Group 4: The Scenario Logic