In case of S. Korea the recession was ended and slowly growing up. S. Korea focuses on IT & BT for world Top class. Samsung and LG becomes World player in Digital players and Hyundai car company do world player.

Because of FTA with S. Korea and Japan, the trading was increased. The economy structure of Korea depends on Japan, Korea imports more form Japan. But Korea export to worldwide with tax-free raw material from Japan.

2008 Olympic is held in China. China did well with plan, it was successful. People of China want more freedom than ever and economically more power. Now China have enough money to buy and travel the world. Many Chinese travels Korea and Japan. Now Korea’s number one tourist is Chinese. China is no. 1 trading country with Korea from 2004 except defense industry

The population of China, Japan and Korea are now stable, no more growing.

With china influence and changed economic situation in N. Korea, opens the market and the area. At last South and North Korea made an agreement about the train connection form S. Korea through N. Korea to China. And, Russia. First stage train will carry the goods and next the passenger step by step.

With the influence of FTA and co-work with N. Korea, S. Korea’s economic condition was better than last year.

Because of the environmental law, Korea focuses on eco-friendly business.

The government of S. Korea, China and Japan talks about 3 countries FTA, before ASEAN + 3 FTA.

S. Korea becomes the Logistic Hub in Asia, with K-J-C FTA and with the train transportation to China and Russia. Japan export goods not only to China and Russia, but also to Europe with the TRAIN. From Japan to Korea, Pusan by ship. And goods are sending Korea to continental countries by train. It saves extreme logistic fee than ever.

S. Korea focused on Bio-Technology and stem-cell, now the big player in the world. S. Korea changed to old country like western countries. The birth rate is below 1.0 and decreasing young generation rapidly and increasing the old generation rapidly.

Not only the good relationship with the N. Korea but also there’s no enough population for military candidates. S. Korean Military decreased the number of soldiers. 20-30 aged men decrease 4 millions. And old generation increased 3 millions.

The government of S. Korea, China and Japan and ASEAN agreed on FTA, FTA of ASEAN + 3 FTA.

Now the population of S. Korea is 49 millions. The government makes a adult single tax for increase tax. Korea population increase slightly not because on new born baby, but because of lives longer. S. Korea Pension system becomes big problem. Government changed retiring age 60 to 70. So pension receives form 70. People not satisfied but there’s no other choice.

S. Korea’s economic power becomes world no. 7. With the good luck with FTA with china and Japan. With the fortune of lesson from 1997 economic recession time, Korean company adopt world scale regulation. With this lesion, S. Korea plays well in Asia market and china.

Hyundai motor company was so successful in US, they made a decision move head quarter to US. US market is the major part in Hyundai motor.

Koreans are no more interested in Politics. They now developed country. 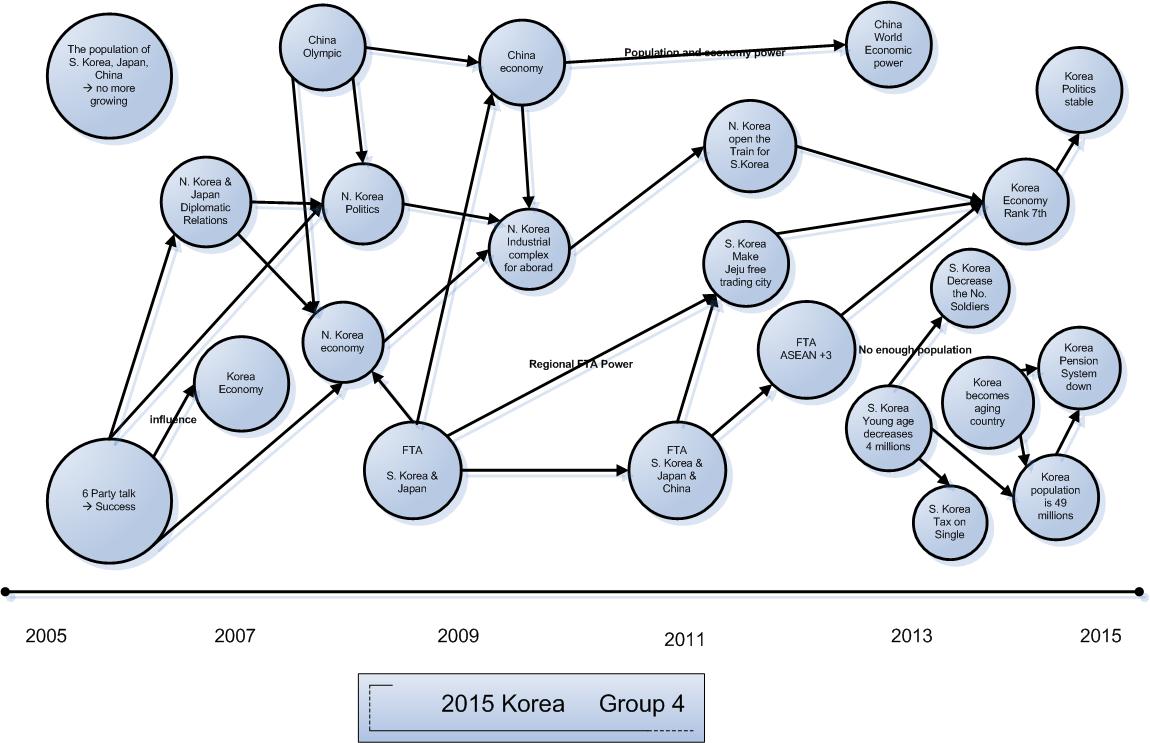